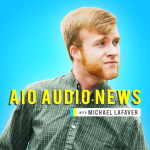 “There are no bad episodes of Odyssey.” The singular exception to that rule is up for debate as Ryan and I delve into “The Team.” Split between dozens of plot inconsistencies and Ryan’s holding out hope on the word “commit,” we attempt to justify our criticism of one of the most controversial episodes in the history of the show.